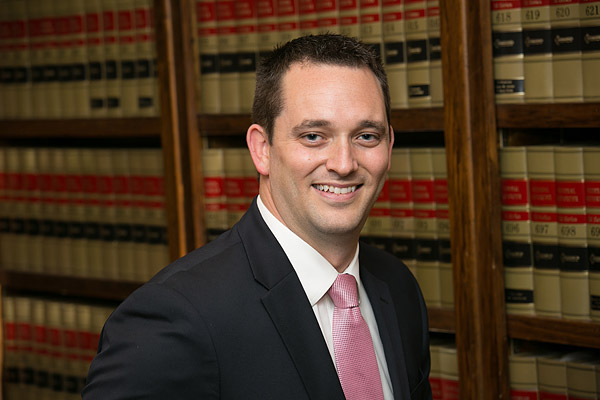 Joseph Henry is the managing partner of the traffic division for The Law Offices of Troy P. Hendrick, PC. He began his legal career as a prosecutor in Metro Atlanta, where he was responsible for prosecuting a wide variety of crimes including traffic tickets, DUI, drug possession, theft, and violent crimes. It was during this time that Joseph developed his expertise in Georgia’s traffic laws that he now uses to the benefit of his clients.

While prosecution was excellent experience, Joseph eventually grew tired watching people in court—especially traffic court—get chewed up and spit out by our legal system. This is in large part what inspired him to make the switch from prosecution to defense. Before accepting his current position, Joseph represented individuals faced with charges ranging from routine traffic tickets to serious felonies.  Joseph is in good standing with the Georgia Bar and is also a regular member of the Georgia Association of Criminal Defense Attorneys.

Joseph has lived in Georgia for the vast majority of his life.  He graduated from Collins Hill High School and went on to obtain a Bachelors of Business Administration from Georgia Southern University. After working as a criminal investigator, Joseph attended law school at The University of Miami in sunny, South Florida. After finishing his degree, he returned to Atlanta where he now lives with his wife, Jolie, and his two dogs, Cane and Diesel.  He enjoys spending his free time with family and friends, traveling, and watching both professional and college football as well as many other sports.

This was the first time I ever had to use a traffic lawyer so I was very apprehensive about choosing one based on the negative stereotypes (con-artist, take your money and run, never can reach them, etc.) they tend to convey.

As a result, I am extremely thankful that I found the Troy Hendrick Law Firm and specifically Joseph Henry. Here are the reasons why:

– I thought my ticket would be considered small potatoes, but Mr. Henry never once helped me feel like I was bother.
– Mr. Henry was professional throughout our process. He answered any and all questions while giving me a thorough explanation of my case and options
– Availability: Mr. Henry and the law firm were always available to take my call. Most importantly, he called me the morning of my court date, left me a message AND was available as soon as I called him back to give me a summary of how things went
– Results: All the above is great, but what I cared about most was results and Mr. Henry definitely came through – My ticket and points were removed from driving history AND my ticket was close to $100 less than what I thought it would be.

I don’t think anyone is ever really sure they can trust a business based on reviews that they read about online, especially a law firm. I read some of the reviews about the Troy Hendrick law firm and decided to give it a shot. Ultimately, I am very happy I did and would recommend them and specifically Joseph Henry to anyone.  Thank you again Mr. Henry!

Joseph Henry was very professional and reliable. When other attorneys felt they could not help me with my issue, he came with answers to resolve my problem. Mr. Henry not only gave me answers but explained why courts came to their conclusions. He kept me informed about everything. He has experience in both being a prosecutor and a defendant attorney, which gives his clients an advice because he knows how either side will think. I highly recommend anyone with a court issue to contact Mr. Henry. If he doesn’t have the answers, he will find a way to acquire them.

I had a suspended driver’s license on account of a failure to appear in court for a speeding ticket.  Mr. Joseph Henry and his staff are exceedingly competent professionals. At every step of the process, they were very polite, extremely responsive, and always on top of the case. Mr. Henry is also a very approachable, friendly and helpful person, apart from being a great attorney to represent you. If you ever find yourself in need of legal representation, he is the person to go to.

Speeding Ticket (Under 21)
I was going 110 in a 70 mph, with a reckless driving and wrong class license charges. He was remarkable enough to get the reckless driving kicked and speed down to 90 in a 70, and points weren’t added to my license.

Speeding Ticket
He was very nice and professional. He made sure I understood the procedure, and answered all of my questions. He even promptly emailed me one of my requests. I was impressed.

Great Lawyer!
Throughout my experience with Joseph as my attorney, he was very professional and He provided very good legal advice. He helped me get the deal that I preferred. He was very attentive while dealing with the case and was sure to present my character in a way that yielded the best possible results. Overall it was an excellent decision to pick Joseph as my lawyer he showed both experience and professionalism.

Driver’s License Suspension
I had a suspended driver’s license on account of a failure to appear in court for a speeding ticket. Mr. Joseph Henry and his staff are exceedingly competent professionals. At every step of the process, they were very polite, extremely responsive, and always on top of the case. Mr. Henry is also a very approachable, friendly and helpful person, apart from being a great attorney to represent you. If you ever find yourself in need of legal representation, he is the person to go to.